Tuesday, May 30th. During the International Theater Meeting „OFF SITUATIONS” we took the opportunity and, within the Cool’ture Project, decided to invite the Erasmus students to Centrum Rezydencji Teatralnej (Theater Centre – ed.) „Scena Robocza” to watch „Kopflos” performance (it was staged in juggling form) and „World Music Concert PAPA and friends”. Artists from all over the world participated in both shows. The atmospheric decor of Scena Robocza and a unique character of these artistic events made a great impression on us.

Wednesday, May 31st. It has been said many times that sports equals health. And so we are going to repeat this saying over and over again, for instance during such events as a football match between a team of students from Italy and Turkey and a team of students of Electrical School Complex no. 1 in Poznań. Traditionally, the whole event was not only a chance to compete in good sportsmanship but also a chance to practice languages. 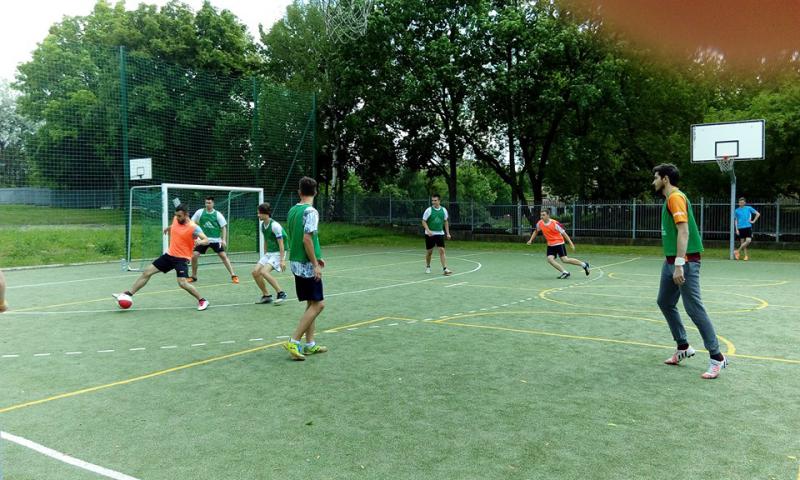 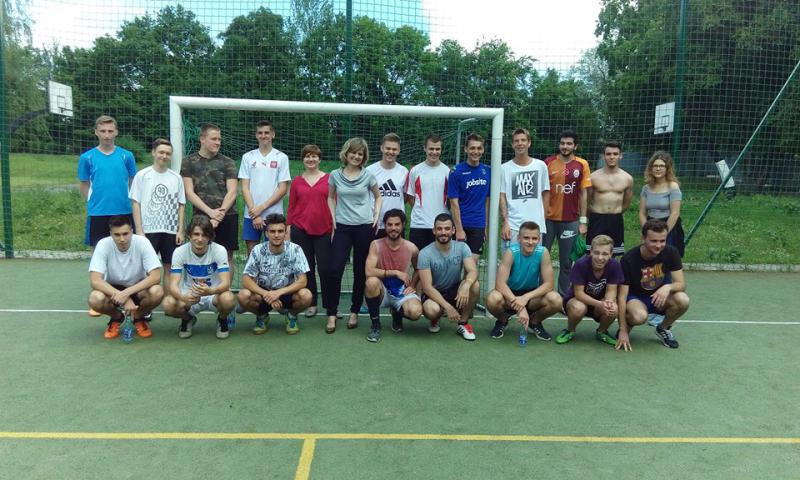 Friday, June 2nd. After working for eleven months, it's time for changes. The General Meeting of the Members – the most important annual meeting of ESN UAM Poznań – has been an opportunity to change our board. The members of the retiring Board have summarized their terms of office and thanked all the remaining members of the Section for their cooperation (which, in case of Kaja Janiszewska, was even longer than a year – she had been the president of ESN UAM Poznań since 2015). During our meeting, which lasted for seven hours, we have chosen new Board members, who are going to start their term of office at the beginning of July. Below is included the list of new Board members of ESN UAM Poznań for the academic year of 2017/2018: 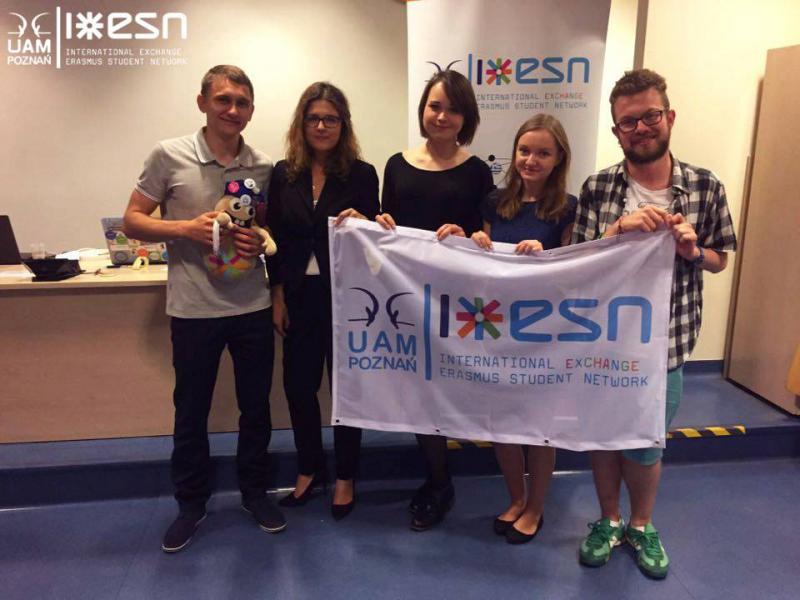 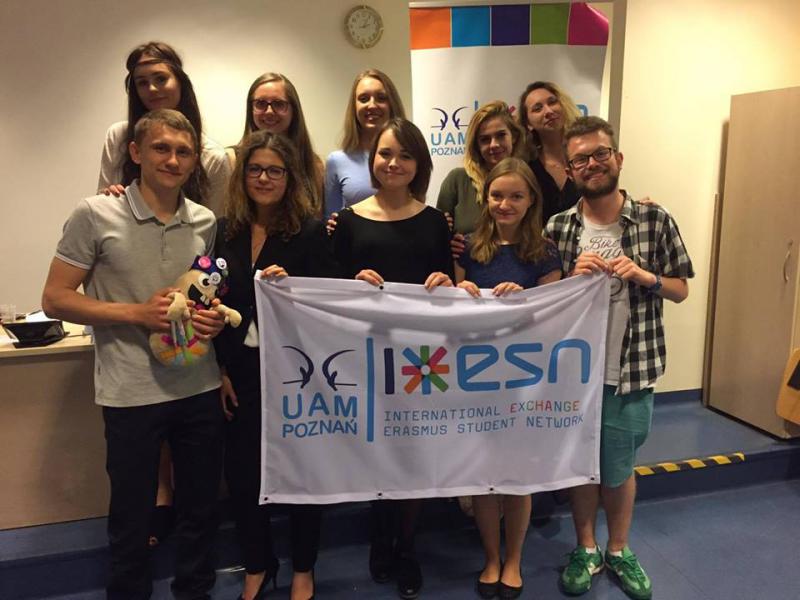 Moreover, during our meeting the retiring members of the Board of Audit filed reports from their terms of office. Throughout the last months their job was to control the work of the Board and Coordinators. The general meeting was also an opportunity to choose new members for the Board of Audit. Karol Wiśniewski and Aleksandra Florkowska, who were the members of the Board of Audit last year, have been chosen again. The last place in the Board of Audit, in the past occupied by Daria Dudziak, is now going to be taken by Izabella Grembowska, who in the academic year of 2016/2017 was the Vicepresident. Finally, Patrycja Płachecka has been chosen for Delegate, and Natalia Zielińska - for Vicedelegate of ESN UAM Poznań. They are going to represent our Section during ESN meetings. 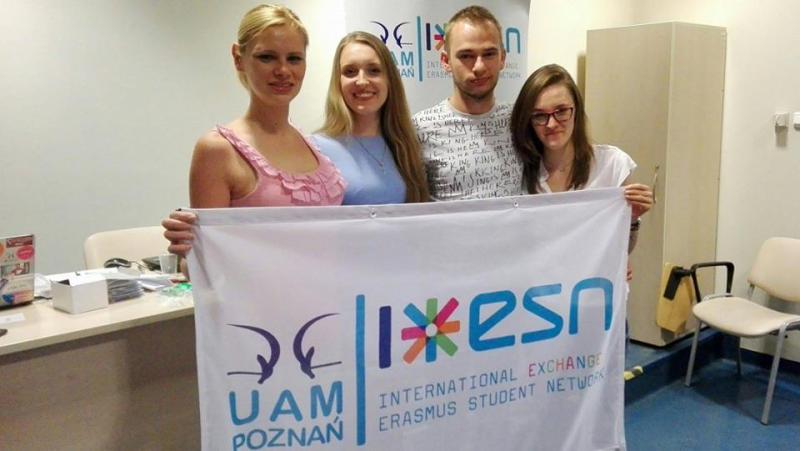 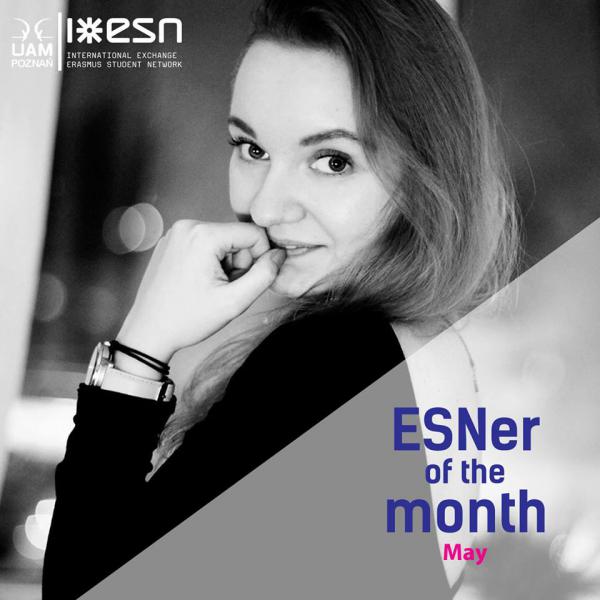 ESN Weekly News: Let’s be honest, the title of the ESN-er of the month must have been awarded to you sooner or later anyway.

AGNIESZKA: Thank you very much. Frankly, I was pretty surprised but at the same time really glad. It has probably been one of the most pleasant endings of the month; I was staying at home as usual and all of a sudden I was informed about this huge award that I was given. Each favorable word and reaction related to my activity in ESN UAM Poznań have been an enormous motivation for my further work. It is a great feeling when you see that others appreciate your efforts. However, I do know that this title obviously concerns all the events that were organized, and it also (or rather, above all!) concerns the people with whom I have been working all the time, and without their help I would not have been able to realize a lot of dreams and ideas. And I am extremely grateful for that!

EWN: Over the last couple of months, along with members of the SocialErasmus group, you have organized a lot of fantastic projects. Which one do you consider your biggest success?

AGNIESZKA: I have been closely related to the SocialErasmus project since the very beginning when I joined the Section. That is why I am rather unable to tell which of the projects was the most important or the biggest for me. Each of them requires you to devote your time, to give of yourself. I remember how excited I was when I organized my first event at school as part of Erasmus in Schools. I was proud that the Erasmus students wanted to take part in this project, that my group was eager to help, and that pupils were so interested in the international students. The diversity of events is quite wide – there are events involving children, adolescents and the elderly people. Each of the events fills me with a lot of joy and is successful; after all, together we do something good for others.

EWN: Some of the projects are imposed from above, that is from ESN Poland Association. However, as a Coordinator, you have some freedom of action. With which projects did you come up yourself or with the assistance of members of your group, and how did you come up with them?

AGNIESZKA: You are right, some of the projects are carried out according to ESN Poland Association’s guidelines and plans. But even there we have some kind of freedom and we can add something from ourselves or organize an event in such a way as we see it. I am lucky to work with such an open-minded team of people who are full of energy and ideas to later put them into action. Our accomplishments include, for example, cooperation with the University of the Third Age in Poznań. So far we have been able to organize two classes for the elderly – one of the Italian language and one of the French language. We are also planning future meetings since both the elderly and the Erasmus students were pleased that they could talk to one another, exchange their views and learn something together. SocialErasmus’ values are similar to volunteering, therefore we try to be active in a wide social dimension. I am happy that we organized workshops of sign language twice. It emphasizes the fact that we all are equal and have the same opportunities. And how do I come up with all these ideas? Well, basing on my life, observation, open-mindedness and willingness of doing something good.

EWN: A lot of Erasmus students usually participate in the SocialErasmus events. Two of them in particular, Salvatore from Italy and Furkan from Turkey, have been awarded with the title of the Erasmus of the month for their constant involvement. How does it happen that the international students are so eager to collaborate on this project which frequently tackles sensitive social issues.

AGNIESZKA: To tell the truth, at the beginning I was afraid that the Erasmus students would not participate in the SocialErasmus events that willingly, but I am positively surprised. I think their attitude results from the fact that finally they have an opportunity to do something different, something not necessarily related to their studies. They are in a new place, among new people and nothing limits them. Nowadays, we often feel that we lack a couple of hours within one day. Erasmus students, on the other hand, get many new opportunities during their exchange program and that is why they are so willing to take advantage of them. Nevertheless, it would not be possible if it were not for their personality, because they are really eager to help, to get involved and they feel the need to do something not only for themselves.

EWN: Your term of office as a SocialErasmus Coordinator is coming to an end. It only remains to ask, what is next? You stay, you „retire”, or maybe SocialErasmus has just been the first level of your ESN career?

AGNIESZKA: SocialErasmus functions according to the „Leave Your Mark” principle, and that is true, the SocialErasmus mark will always remain inside me and I am sure that I will still be strongly connected to this project. It has given me a lot of energy, strength and motivation. That is why, I will still be getting actively involved in it. However, now I would like somebody else to be able to experience what I have over the last semester. Thanks to SocialErasmus, I am still eager to develop, so indeed, I would like this to be the first level of my ESN career. Studies are not only about learning and books after all. So when should I try if not now?

Remember that you can follow all the important news about what is happening in Poznań and in the ESN UAM Poznań section not only via ESN Weekly News. You can also stay up to date by giving a „like” to our facebook fanpage! 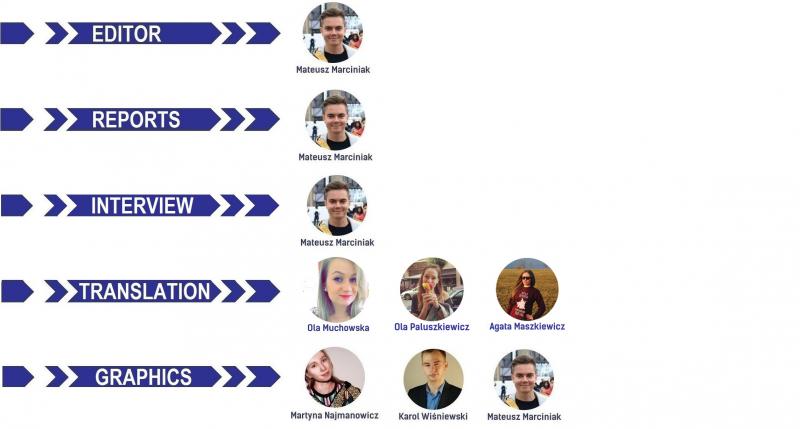